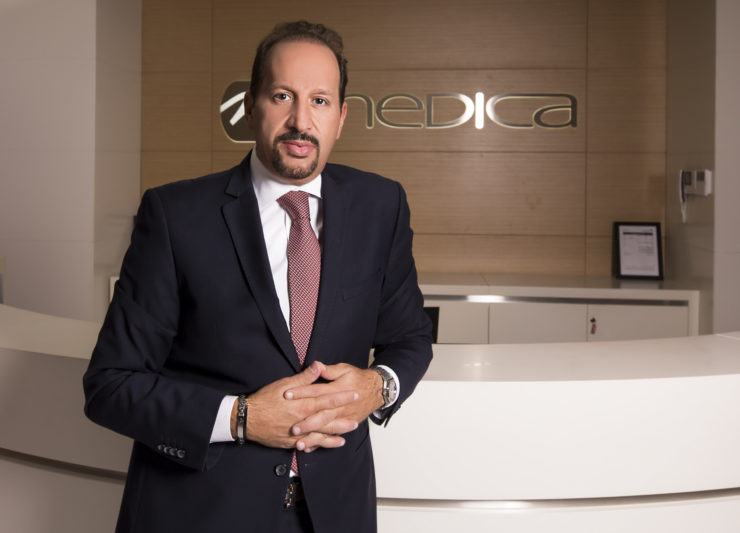 The surge of cosmetic and plastic procedures has led to higher beauty standards for men and women, particularly in the MENA region, according to the founder and CEO of Dubai aesthetics firm Medica Group.

In an interview with Arabian Business, Elias Chabtini said undergoing aesthetic procedures is now the norm.

“Today, even men all over the GCC are also [undergoing] treatments. So it’s not only about women. It’s also men who are doing treatments. It’s unacceptable today not to look good,” he said.

Medica Group operates internationally, though it has strong presence in MENA and Southeast Asia, particularly due to the popularity of its services in those areas.

Research by the firm revealed that the average age of women who start using aesthetic products in the Gulf is 18, followed by an alarming 16 years old in Lebanon, compared to the global average of 45.

“There are a lot of women who actually take their daughters to their doctors to do hair removal when they’re 15, 16 years old. It can be done, but usually it’s better to wait at least after the age of 18. But that is subjective. People can do whatever they want,” said Chabtini.

One of the main reasons behind the popularity of aesthetic services in the region is affordability. While they were considered taboo in the late 1990s and early 2000s, aesthetic procedures have since become a way of life, according to Chabtini.

“When I say taboo, I mean people would not talk about it. Today, women talk about [cosmetic procedures] very freely. What was taboo five years ago… is a normal discussion on the table. And this means that the medical aesthetics industry became a way of living. It’s not anymore a luxury, because it became affordable for people to [do treatments],” he said.

However, Chabtini urges customers to refrain from using cheaper, unlicensed products manufactured in countries such as China.

“I always advise in the market that today, quality is affordable…. If you want to do something to yourself, to your face or your body, that is the only thing you carry with you all your life… We tend to spend a lot on things that are visible to show off; buy a nice bag, shoes, belt, watch, but we tend to spend less on ourselves just to try to save money. I always tell people that if you want to [undergo] a treatment, go to the best…” he said.

Part of Medica Group’s efforts to educate consumers on choosing quality treatments include regular training programs and seminars which teach men and women to identify licensed products and physicians.

The global aesthetics industry is expected to grow to $44 billion by 2025, with Dubai being one of the promising cities for the sector. It has highest ratio of plastic surgeons per capita in the world, hosting 50 doctors for every million people.

“I think we are at 30 percent of the potential of this industry. You haven’t seen anything yet. The future is amazing,” Chabtini told Arabian Business.

The founder and CEO was one of the earliest players to break the barriers of ‘taboo’ aesthetic procedures in the Middle East, having introduced the region’s first laser hair removal machine in the late 1990s. At the time, it priced at a whopping $250,000. 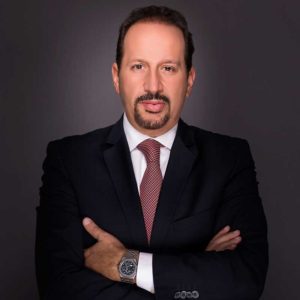 Elias Chabtini founded Medica Group alongside his partners in 1999 with a vision and a focus on becoming leaders and pioneers in the medico-aesthetic industry in the GCC, MEA, and South East Asia. After he started his career by selling the first hair removal treatment laser in Lebanon for $250,000, he soon began to reimagine noninvasive cosmetic surgery. With his business acumen and a keen eye for successful trends, Medica Group shifted from being a regular distributor to being a consultant to partners and clients all over the world. As Elias says, “Looking good is not an option anymore, it’s a way of living,” he continues to offer the world his visionary innovations.